Analog Photography Berlin is pleased to announce The Real Hipstamtlc workshop on Sunday, 17 November at 13:00, where you can learn to exposure and develop your own black and white film!

We will spend an hour or two discussing the basics of exposure and the key differences between digital and analog photography, then we’ll go out and shoot in inspiring Friedrichshain. Coming back to the lab, we’ll warm up with some tea and then start developing film in the darkroom.

By the end of the day, participants will have exposed and develop their own film, and can take their negatives home with them!

The workshop will last between 6 and 7 hours. Participation fee is 20 euros including materials – film, chemical, coffee, tea, beer… 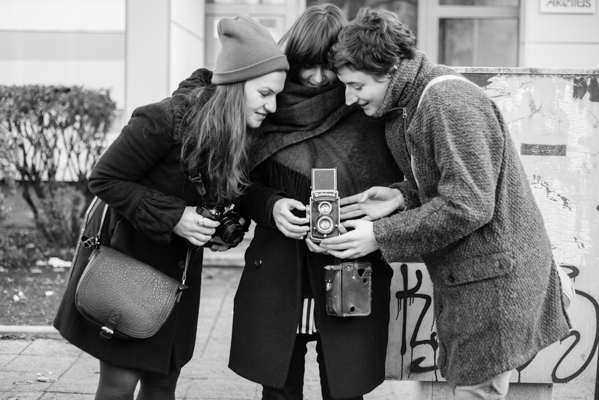 Always wanted to learn how to work in a darkroom? Your chance has arrived! Learn the basics of black and white film exposure and development in a workshop in Freidrichshain, Berlin on Friday 1 November at 13:00. The Real Hipstamatic workshop is a chance to learn the basics of exposure, shoot on film, and learn to develop black-and-white film yourself in the darkroom.

Ready to Sign Up? Just send me an email.

All details are available here. Each workshop costs 5 euros (materials fee) plus a suggested donation of 15 euros to keep the water running. The workshop runs 6-7 hours, and is lots of fun. There will be coffee for the beginning and beer for the end. 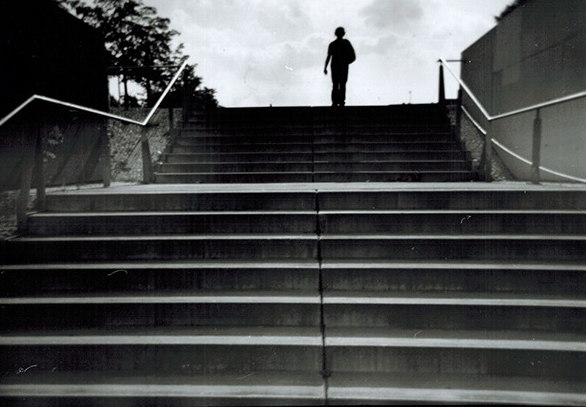 Strolling towards the Velodrom in Friedrichshain during a workshop

The next workshop on black and white film development has just been announced for 1 November, at 13:00. The Real Hipstamatic workshop is a chance to learn the basics of exposure, shot on film, and learn to develop black-and-white film yourself in the darkroom. All details are available here.

Ready to Sign Up? Just send me an email.

In addition, two other workshops which have been previously announced are taking place in November and December. During Printing from a Negative: Make The Magic on 15 November you can learn how to enlarge photos in the darkroom. Perfect if you have some of your own negatives or have attended The Real Hipstamatic and want to keep going deeper into film photography.

At the Pinhole Camera Photography workshop on 13 December 2013 you can learn how to make a camera out of things lying around your apartment. We’ll build cameras and use them right away, shooting pictures and developing them in the darkroom.

All workshops are held in Berlin-Friedrichshain on Fridays at 13:00, lasting about 6 hours.