The film development workshops at Social Media Week Berlin were a huge success. There was a lot of interest in the sessions on using a smartphone to digitize and post negatives, and of course in the workshops on developing film in the darkroom.

Here are some photos from the workshop in the park, nothing like a grafittied-up old thing lying around to make for a good climb. 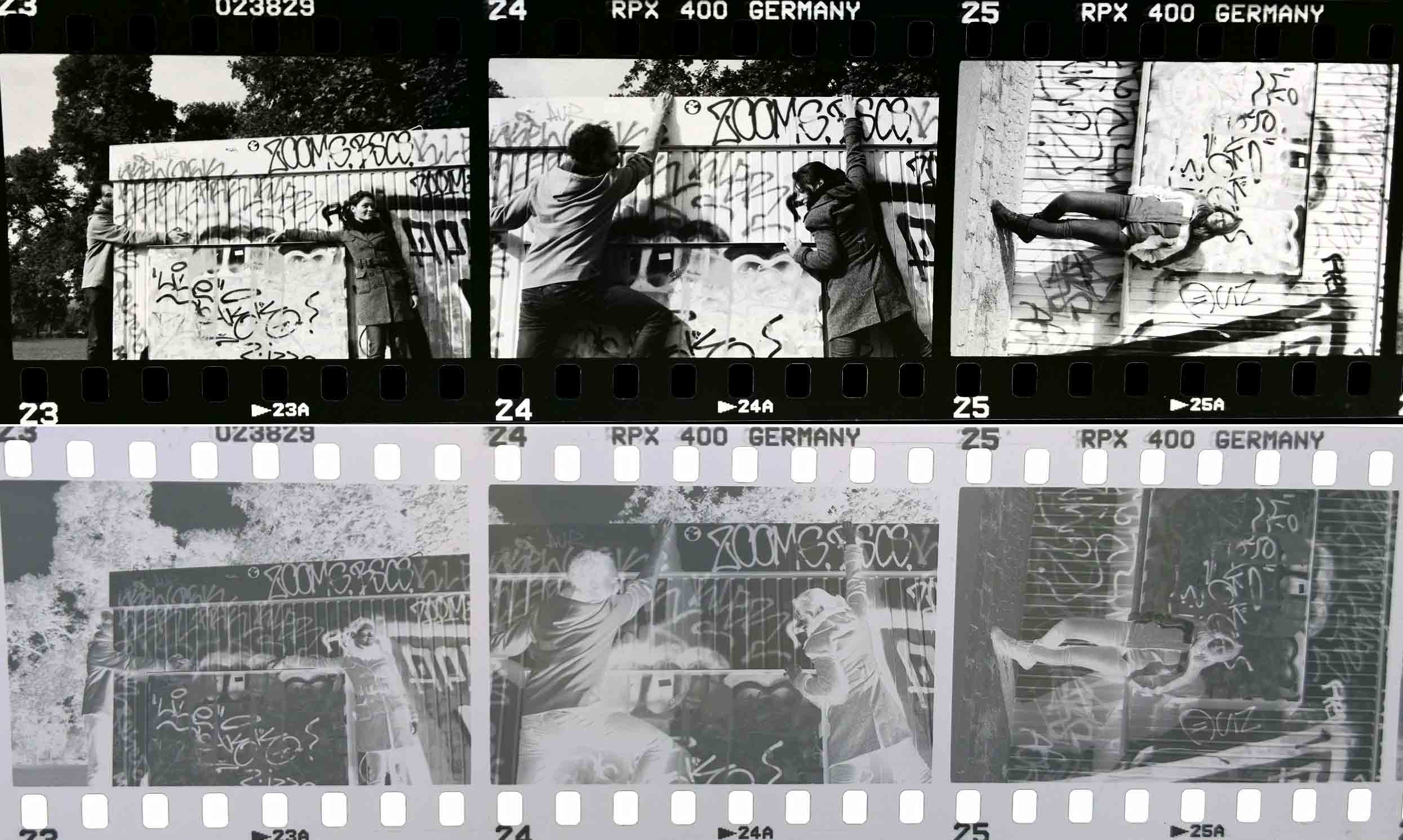 If you missed us during SMW Berlin, the next workshop on film development is this Friday, 11 October at 13:00. You can sign up by sending me an email.

Workshops on Film Development
Here’s the kind of thing we were doing. We walked around the neighborhood in Friedrichshain-Berlin for an hour or two with cameras. This photo is shot on a Holga camera, Rollei RPX 400 film. After getting back to the lab, participants were introduced to the lab. The whole process of film development was explained – and then we did it. After a beer pause of waiting for things to wash a dry, we took the negatives out to have a look.

The upper shot is photographed on a smartphone. We laid the negatives flat on a viewing table and photographed them. After that, we could crop and apply filters in-camera to make it a positive image. That is the lower shot – the finished product, ready to be shared, posted, whatever. 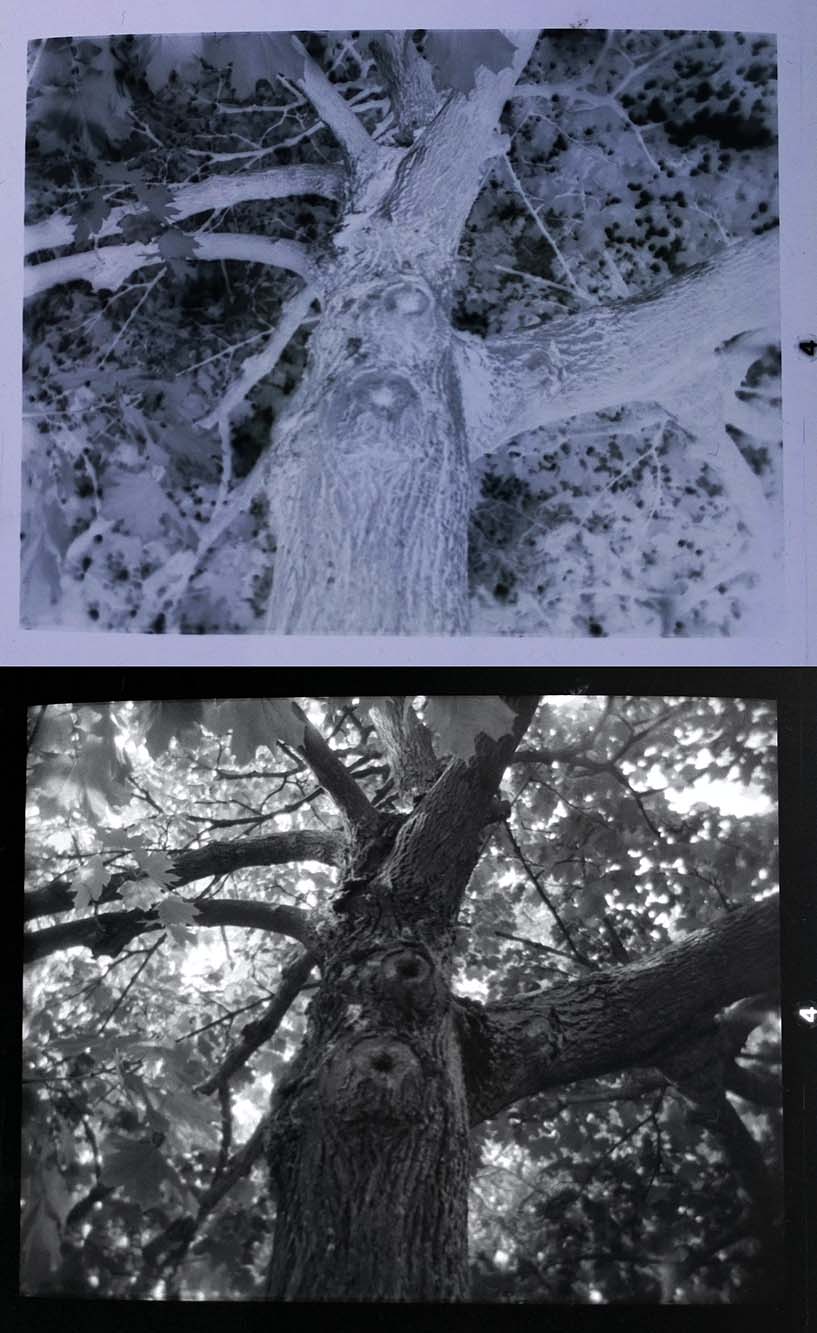 Like what you see? Please Share/Post/Like etc. You can sign up for a workshop by sending me an email.

Come check out Analog Photography Berlin during Social Media Week 2013. There will be three, yes three workshops hosted by us.

Round 1: Monday, 23 September 2013 at Design Akademie Berlin is The Real Hipstamatic: Post Analogue Photos in 5 minutes. Learn to scan negatives using a smartphone!

Round 3: Thursday, 26 September 2013 is Street Photography Redux: Seeing With a Smartphone. We’ll go for an urban stroll with a handful of Lumia1020 smartphone/cameras that Nokia has given us for testing and do some street photography.

There will be several events during the week, where you learn a bit about black and white analog photography and social media at the same time. The question is, of course, how to use a photograph shot on film for social media. Well, I’m doing it here, for a start.

Social Media Week events are free and open to the public. They are a great way to learn, network, and grow.

On Monday, 23 September 2013 at Design Akademie Berlin is The Real Hipstamatic: Post Analogue Photos in 5 minutes. Here we will use a new fancy Nokia 1020 Smartphone to scan negatives, ready to post them on your favorite sites, be it Facebook, Twitter, Instagram, Tumblr, or something else. Come on by, bring your negatives, and we can simply and quickly digitize them!

On Tuesday, 24 September 2013 there is a full crash course on on analog photography and getting it on line, called The Real Hipstamatic: Analogue Photography Workshop. Space is limited here, please contact me.